Difficulties And Technical Progress In The Separation Of Quartz And Feldspar

Summary:Quartz is a mineral with a continuous tetrahedral structure composed of oxygen atoms and silicon atoms. Each oxygen atom is shared by two tetrahedrons, forming

Quartz is a mineral with a continuous tetrahedral structure composed of oxygen atoms and silicon atoms. Each oxygen atom is shared by two tetrahedrons, forming an infinitely extending framework structure.

Feldspar and quartz belong to the framework silicate minerals. The crystal structure of the two is similar. The difference is that 1/4 of Si4+ in the quartz structure is replaced by Al3+, forming a corner-sharing structure composed of AlO45- and SiO44-. A tetrahedral feldspar lattice, which is connected in an infinite three-dimensional structure. Alkali metal ions such as K+ and Na+ need to be introduced into the corresponding tetrahedral structural units to compensate for the imbalance of electricity price caused by Al3+ replacing Si4+. 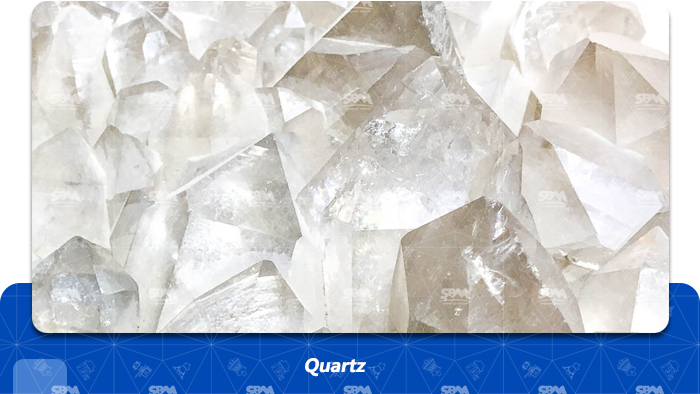 The similar crystal structure and similar chemical composition make feldspar and quartz have similar physical and chemical properties such as density and hardness, and it is difficult to separate them by gravity separation, magnetic separation, scrubbing, grading and other methods.

The hydrofluoric acid method uses hydrofluoric acid as the activator of feldspar, uses cationic collectors such as amines, and selects feldspar preferentially under the condition that the pH value of the pulp is 2 to 3, so as to realize the separation of quartz and feldspar. Flotation separation.

The hydrofluoric acid method is currently the most mature method for separating feldspar and quartz, and it can separate quartz and feldspar well. However, there are still some differences in its mechanism of action, and further in-depth mechanism analysis is needed. At the same time, because HF acid is expensive and harmful to the environment, the hydrofluoric acid method has not been accepted by industrial production. Since the 1970s, researchers began to study the method of flotation separation of feldspar quartz without using fluoride ions. Quartz feldspar flotation separation has changed from hydrofluoric acid method to two new flotation methods: fluorine-free and acid-free method and fluorine-free and acid-free method.

The fluorine-free acid method refers to the method of using strong acid as a regulator and adjusting the pH value of the pulp to 2-3 without adding hydrofluoric acid, and using a single amine collector or a combination of anion and cation collectors to float preferentially Feldspar, thereby realizing the method of flotation separation of feldspar and quartz. The principle of separation is mainly based on the difference in Zeta potential between feldspar and quartz, adjust the pH with strong acid to near the zero-electric point of quartz, that is, the surface of quartz is not charged at this time, and the surface of feldspar is negatively charged, and cationic collectors or combined collectors are used. The feldspar floats up and separates.

At present, the fluorine-free acid method is the most widely used separation method, and its industrial application is relatively mature. At present, it mainly focuses on the research of pharmaceuticals, including regulators and anion-cation combined collectors. Since the fluorine-free acid method is sorted under strong acidic conditions, the corrosion of equipment is serious. At the same time, the treatment of acid-containing wastewater is also a major problem in industrial production. Therefore, the fluorine-free and acid-free method has become the focus of research by researchers. 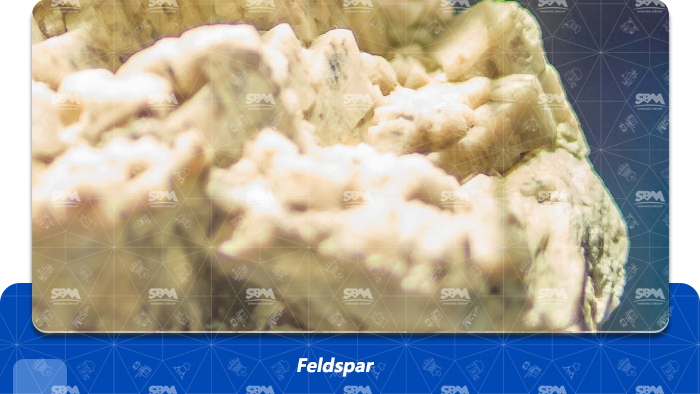 Fluorine-free and acid-free method, that is, adding acid, adding a single or ion-combined collector under the acid slurry system will find feldspar feldspar, in or, feldspar, feldspar, only Surface collectors Collectors, negatively charged, mask the surface activity of the surface

At present, the difficulties and hot spots of research mainly focus on the design and development of combined anion and cation collectors, the development of modifiers, and the activation of metal ions. However, the research on the fluorine-free and acid-free method is still only in the laboratory stage, and there is no unified and detailed mechanism explanation, and there are few reports on the application of this process in industry.

The Manufacturing Method and Research Progress of Spheroidal Calcium Carbonate

Non-metallic Minerals Used In The Field Of Thermal Insulation

What Are the Common and Industrial Uses of Bentoni

Calcite Grinding By SCM1000,3-4tph For Paints